With the moratorium coming to an end, what do multifamily operators do now?

After sixteen plus months of the eviction moratorium, what do multifamily operators do next?

From affidavits, to filing, to applying for emergency rental assistance, to a jammed up court system, to enforcement, Attorneys Rob Kahn and Michael Griffin (Sanford Kahn LLP) will walk through the process with CAA members on August 10th (10:00 AM).

Robert Kahn graduated from Bradley University in 1995, earned his law degree from Chicago-Kent Law School in 1999 and has practiced law since 1999. He is a member of the Chicago Bar Association and is a Partner at Sanford Kahn, LLP. Robert co-wrote the Bench Book used by the Judges in eviction court and in 2018, Robert was chosen to author the Illinois Institute for Continuing Legal Education (“IICLE”) chapter relatingto evictions. Robert tries cases on a daily basis, has won numerous jury trials and appears in bankruptcy court whenever tenants file bankruptcy. Robert frequently defends landlords in fair housing lawsuits, advises several housing cooperatives and regularly gives lectures regarding landlord-tenant law, fair housing, and the Chicago Residential Landlord Tenant Ordinance (“RLTO”). Robert also trains landlords regarding crime-free ordinances and common eviction pitfalls on behalf of the Alsip police department. 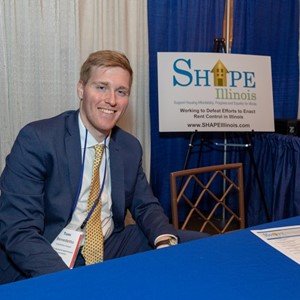 Is Your Community or Company a Member?

If you are an employee of a CAA member and previously had a CAA login, click the first option below to access your account and enter the email we have on file for you to begin taking advantage of your membership.

If you are new to CAA or do not receive an email after following the step above, you will need to select the second option below to create an account.

The members of CAA invite and encourage you to join! By working together, we can achieve our mission to maintain and enhance our industry as a whole.

All membership applications for the CAA must be approved. All memberships are company based and individuals cannot join CAA.